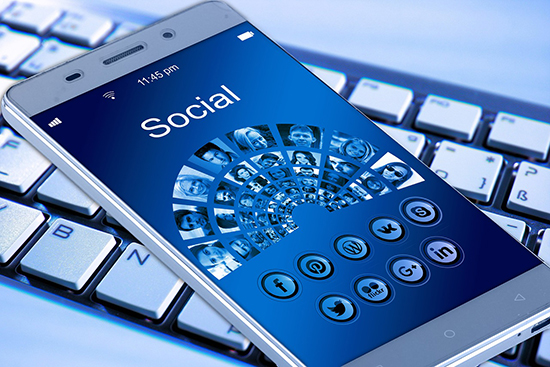 For many marketers, viral content is like the magical unicorn of social media. Many have tried to create viral content, but few have managed to actually go viral.

Dubsmash, on the other hand, learned the secret of viral content and conquered it.

Launched in 2014, Dubsmash, a popular karaoke-style video messaging app, has become a smash hit, with more than 50 million downloads from users in 192 countries. Dubsmash even boasts a large number of celebrity users. Videos of users lip-syncing to their favorite movie scenes or songs can be found all across Instagram and other social networks – all with Dubsmash’s name plastered on the screen.

Dubsmash’s success shows no signs of slowing down, and it has many marketers wondering how they can get a piece of that success for themselves. Driving viral content is no easy feat, but Dubsmash shows that it is possible.

The app allows users to create “dubs” or small clips recording themselves mimicking songs, movie or television quotes and other sound bites. Once they’ve created their clip, users can save the video to their camera roll and share on social networks and chat apps, like Facebook Messenger and WhatsApp.

The exported videos retain Dubsmash branding with a ”Dubsmash.com” watermark located at the bottom of each video. This watermark allows Dubsmash to take advantage of its users’ reach and gain exposure to their followers. And with many high-profile celebrity users, it’s no wonder the app has had success growing its audience. Since launching, the app has received more than 1 million reviews on Google Play and 15,000 on Apple’s App Store.

Dubsmash also borrows and combines key features from other successful social media apps, such as its short video format, which mirrors that of former internet sensation Vine. It also provides the ability to add text over the video clips, in the vein of Snapchat, and to add filters, like Instagram.

What You Can Learn from Dubsmash

Successful marketing doesn’t always come from traditional strategies. When you step outside of the box to do something new, you may be taking a risk – but the bigger the risk, the greater the reward can be. Certainly, this has been true for Dubsmash.

Lip-syncing isn’t new to the media landscape, as it’s already proven popular with Jimmy Fallon’s lip sync battles on the “Tonight Show” and on Spike’s TV show, “Lip Sync Battle.” But Dubsmash has taken the concept to a whole new level by making it accessible to anyone. Essentially, it’s leveraging user-generated content in a new way.

Marketers can learn from Dubsmash’s story and strategy, including its focus on personalization, social sharing and celebrity endorsements. But some brands, like Wendy’s India, have found other ways to use Dubsmash as inspiration.

In an effort to promote its new menu items, the burger chain created a Dubsmash campaign that focused on using the lip-sync videos to target Millennial customers. For example, to promote its new Greek mutton specialty, a lip-sync featuring the popular soundbite “This is Sparta” from the movie “300” was used. It’s worked, too: Wendy’s claims it’s engaged more than 86,000 users through the campaign.

“I strongly believe that with more options like Dubsmash coming up, due to increasing smartphone penetration, there are many interesting ways to market one’s products. One does not have to resort to traditional mediums every time.”

The Impact of Personalization

Dubsmash’s tagline, “Be anyone you want to be,” appeals to users on many levels. Through lip-syncing, users have the opportunity to take a song or a clip and make it their own; then, they can share it with the world. In effect, they can become their own celebrity.

Creating a dub is a personal experience – each one is unique to the user, which allows them to express their personality in a fun way and not take themselves too seriously. The videos themselves also appeal to typical social media users’ habits. With an average attention span of only eight seconds, Dubsmash’s 10-second clips are just short enough.

While each clip is easily personalized to the user, Dubsmash’s massive collection of clips across 40 categories – plus a user upload feature – ensures the app still effectively appeals to a wide audience. The categories include areas such as Saturday Night Live, Chick Flicks and Politicians. The clips feature music from artists like Drake or sound bites from famous films such as “Zoolander,” as well as commentary from sporting events.

Dubsmash also offers an easy-to-use interface that makes the process of creating a dub simple and fast. The app has three channels, which are all self-explanatory: Trending, Discover and My Sounds. Users can upload their own sounds to My Sounds, bookmark their favorite clips and easily search for specific sounds.

The welcome message is directly connected to Dubsmash’s Groups feature. Through Groups, users are able to share their videos with a specific group of people, rather than messaging them to individuals. In this way, Dubsmash harnesses the power of its users and their recommendations to their friends to drive growth.

As part of its campaign, Branch created specific links to be used as an invitation to join the app from within the Groups feature. When someone clicks the link, they’re taken to the app

ropriate app store to download Dubsmash. After they’ve installed the app, the user is then redirected to the Group, showing the members in it and the posts that have been made.

“Now, [Dubsmash] are able to identify the group leaders most likely to engage other users in the feature, when previously they had no instrument available to collect the necessary data. Not only do they now have the added value of the additional data provided by Branch, the personalized invitation feature also boosts engagement and retention for new users.”

Social media has, obviously, been a large part of Dubsmash’s success. Dubsmash itself is not a social network, nor does it even have a news feed within the app. Instead, it relies on other social networks and social media users to share its content and spread the word about the app.

What has allowed Dubsmash to be so successful on social is how shareable the content actually is. The videos are short, making them perfect for social media users browsing quickly through their feeds and fitting perfectly inside of Instagram’s 15-second limit for videos.

The Groups feature has also contributed to Dubsmash’s success on social. Peer recommendations are especially important on social media, and the Groups feature allows Dubsmash to tap into that power. Through Groups, Dubsmash encourages engagement among its users, building an online community of Dubsmash advocates.

Dubsmash’s social success is clear: More than 400,000 videos have been uploaded on Instagram with the hashtag #DUBSMASH. Separate websites have also been created to shine a light on the funniest Dubsmash compilations, and there have been several spin-off apps as well.

Competitors have even tried to replicate the success of Dubsmash. Snapchat released a similar feature, allowing its users to upload outside audio for their snaps, though it didn’t gain the same kind of popularity as Dubsmash.

The Power of Celebrity Adoption

Social media may be the primary source for getting the word out about Dubsmash, but it is the app’s celebrity users that power that source.

Dubsmash’s biggest push to prominence came in 2015 when pop singer Rihanna used the app to tease the launch of her new single, “B**** Better Have My Money.” She began by tweeting cryptic messages featuring the hashtag #BBHMM. Then, she directed fans to Dubsmash to hear the new song. Dubsmash provided 10-second snippets of both the intro and outro of the song.

Rihanna eventually launched the full song, but not before thousands of fans became exposed to the Dubsmash brand and visited the app.

Until that point, Dubsmash had received little buzz. After Rihanna, tons of celebrities have followed suit and become prominent Dubsmash users, including Hugh Jackman, Adam Levine, Cara Delevingne, Lena Dunham, Jennifer Lopez and many more. The app has even become popular in India, with many Bollywood stars now using it to share fun lip-syncs. 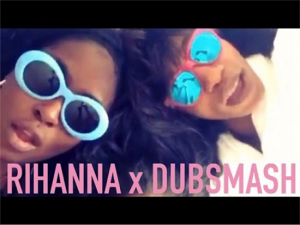 With so many big names and familiar faces attached to the app, Dubsmash has drawn in a huge number of fans. If a Kardashian is doing it, you know people will follow.

The Success of Dubsmash

Dubsmash’s recipe for viral success shows that it’s possible for any marketer to go viral. And it isn’t about releasing your content on the right day or writing the perfect title: it’s about creating something that’s inherently shareable and then getting people to share it.

“Our focus was never building something with viral success or viral marketing. Our focus was always product-centric. We always focused on building a great product that people loved to use multiple times and then recommend to friends. That is the viral effect.”

Your startup can capitalize on this effect as well, if you follow the many lessons of Dubsmash. By leveraging common social sharing behaviors, creating a positive onboarding experience and drawing on star power (in your industry, if not in Hollywood), you’ll be well on your way to hitting the 50+ million app installs mark as well.

What other lessons have you taken from Dubsmash’s success? Share your insights by leaving us a comment below: