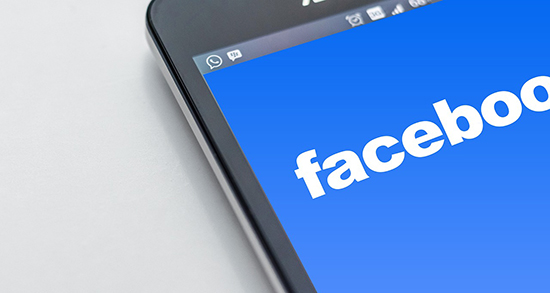 Facebook: the only platform to cross the billion-users threshold – and still growing.

Facebook: the best and easiest way to reconnect and stay in touch with friends, family, and brands.

Facebook is all those things and more; but is it the best social media platform for advertising your product or business?

You better believe it.

If you consider it nothing more than the playground of the younger generation, the home of viral videos, and a convenient place to post a quick “hello” or “happy birthday,” you’re selling it short.

We live in the age of Facebook Ads. If you were to custom-create an online platform for advertising, you’d be hard-pressed to come up with something better than Mark Zuckerberg’s behemoth:

It’s a captive and active audience that willingly volunteers scores of data on their likes, dislikes, interests, and wants, frequently signing on and browsing stories, posts, videos, and yes, ads, on a regular basis. 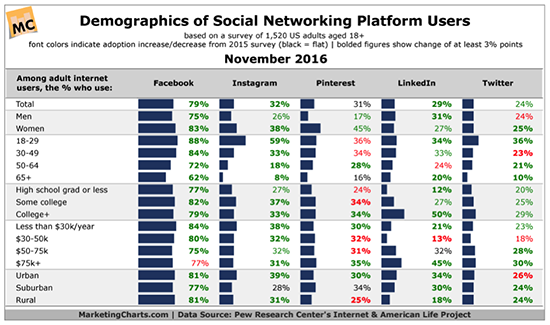 So the question becomes, if you’re not advertising on Facebook, why not? You can spend as little as a few dollars per day and still see great results.

Massive audience? Check. Massive reach and popularity? Check. Solid ROI? Check (up 75% for retailers over last year). Affordable for everyone regardless of budget? Check. It ticks all the right boxes.

Get on there. Today.

That’s it. Of course, the actual creation, implementation, and optimization will take more time and effort, but that’s essentially all you need to do. 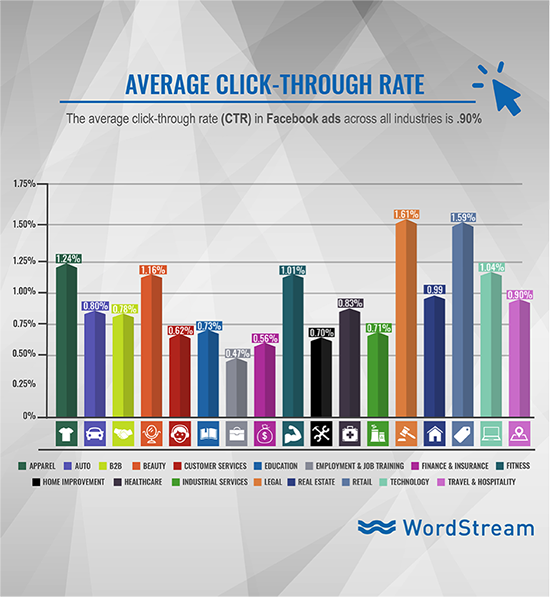 Give your ads high-quality images, graphics, or video, well-written copy, and a relevant/useful/timely offer for your audience. Include your value prop, and an irresistibly enticing CTA.

Consumers get irritated quickly with irrelevant or misleading ads. In fact, according to a recent survey, Facebook ranks as the platform with the most annoying ads. A full 45% ranked it as the worst offender, followed by YouTube at 43%, and Twitter a distant third with 6%. So don’t infuriate your potential customers with bad ads.

Use the Facebook relevance score to improve your ad over time. A higher score can lead to better conversion and lower costs. You’ll receive a score from 1-10 based on user feedback and interaction. Work to bring it up.

You can opt to place your ad on the right-hand column, the desktop news feed, and/or the mobile news feed, which is a fantastic option for those looking to increase their mobile app installs.

Of course, I’d be remiss if I didn’t point out that the desktop approach can work equally well – if not better – for that, too, when combined with a service like LinkTexting.

Each placement has its pros and cons. Select the one(s) that’s the right fit for your goal and design.

Instead of going into further detail on how to get started with Facebook Ads (check out these great guides from authorities like Buffer and Hootsuite for more info), let’s take a closer look at 3 companies successfully using the platform for growth. They’re walking the walk, and talking the talk.

Love the name, and love how they grew their business. One early marketing effort included the founder dressing up as a giant pickle and handing out pickles at ICON. Memorable and hilarious? Yes. Scalable? Not really.

Design Pickle is a Design-as-a-Service (DaaS) company that used Facebook Ads and retargeting to generate leads and monthly recurring revenue (MRR) quickly and affordably. That’s obviously key when starting out, but good for any business regardless of its age.

Started by Russ Perry in early 2015, his company offers unlimited graphic design for a flat monthly rate of $370/user. A new approach at the time, Perry had a hard time finding and converting leads. No one was offering anything even remotely similar.

The service completed roughly 10,000 design requests in total that first year. In an interview in April 2016, Perry stated that they had already passed 10,000 in just the first 4 months, and had topped $89,000 in MRR, so growth is not an issue for them.

Since launching, they’ve had about 1200 customers go through their system, and they maintain about 350 active ones at any given time. But with a current 1:1 churn-to-acquisition rate, they have to actively go after leads to keep that number steady.

According to Perry, Design Pickle spends about $5000 per month on targeted Facebook Ads to either get people to sign up for a free weekly webinar, or to try out the service. Cost-per-lead for them is around $3. They rely on lookalike audiences built from their newsletter and current client list.

“That’s the best way. I tried targeting based on interest and the direct way. The lead costs were like $5, $10, $15 with those.” ~Russ Perry

Design Pickle tried a few different ways and a few different monthly budgets before finally landing on their current Facebook Ads setup. It works for them. Like so much in life, it’s all about trial and error, and actively optimizing.

One early funnel created on the platform is still responsible for 20% of their customers.

The offer was simple – one free graphic design delivered within one business day – but the signup form required more than just a name and email address. This helped to eliminate those leads that weren’t serious about potentially becoming a paying customer.

Each lead received a personal phone call within one day of signing up. The Design Pickle rep discussed their free design, and then followed up after it was delivered to convince them to sign on for the unlimited monthly plan.

At the time, Design Pickle spent just over $4500 on the Facebook Ad and generated nearly 500 leads, of which 30 became paying customers.

Nearly two years later, and Facebook Ads continues to be the engine that drives their growth.

Navid Moazzez was named the world’s leading virtual summit expert by The Huffington Post, and his online courses have generated hundreds of thousands of subscribers and millions in revenue for himself and his many students.

But even a leading authority has to start somewhere, and even the biggest brands and products had to generate leads at some point.

Moazzez’s flagship course is Virtual Summit Mastery. Whenever he had previously offered the program, he did so without any advertising at all, relying on word-of-mouth and referrals. 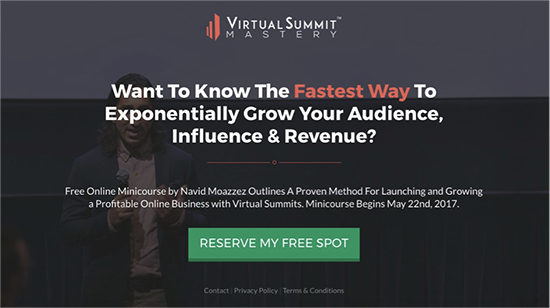 And it worked. Recently though, he wanted to see if advertising the course on Facebook would be worth the investment. He spent $4159 running an ad campaign on the platform.

How’d he do for his investment? Well. Very well.

The ad wasn’t specifically for the course itself. It was a relevant lead magnet to collect email addresses that could then be added to the Virtual Summit Mastery launch funnel. Simple. Straightforward.

Why not advertise the course itself? Because getting people to buy is harder than getting them to accept a free gift.

That said, two of the three possible outcomes were positive, so the odds were pretty good of coming out ahead in one way or another.

Moazzez and his social media team went after warm traffic first and foremost. These were people that were already at least familiar with Moazzez in some way. Perhaps they’d visited his website (which can be tracked with the Facebook Pixel), or liked his Page, or watched a video, or commented on a post, or were subscribed to another email list.

This traffic is, of course, an easier sell. But there’s a finite amount. Eventually, if you want to expand the audience, you’ll need to set your sights on cold traffic, too.

Cold traffic is primarily targeted using either lookalike audiences, or user interests and demographics. Smart marketers do everything they can to warm it up, too.

Here, Moazzez tweaked the campaign a bit. Instead of an ad offering a lead magnet for contact details, he advertised a relevant blog post. It was free, required nothing of them, and would only be clicked by individuals interested in the topic.

The blog page included the option to get the lead magnet – and therefore get added to the subscriber list – but there was no obligation to do so. They could read, enjoy, and leave without doing anything.

Enter the Facebook Pixel. Those that read and left could then be retargeted with the warm traffic ad. It’s all connected.

Overall, the campaign netted a staggering 876% return-on-investment. Moazzez spent a little more than $4000 on it, and saw it generate $36,449 in revenue…in addition to 769 new email subscribers.

That’s a major win by any definition. And an example of some serious growth.

Trilogy Funding is one of the best and most highly-respected mortgage broking firms in Australia. Specializing in property investments, they favor investors with at least 3 properties and $1.5 million in loans.

Identifying your ideal customer is half the battle. Trilogy knows exactly who they want: major players in the game. Not the biggest, but not weekend hobbyists, either. 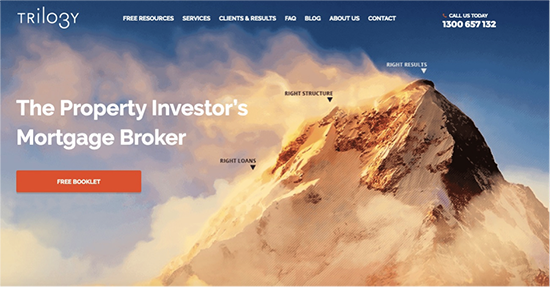 They turned to Facebook Ads to find them – investors matching that criteria aren’t on every street corner – spending $17,358 over a period of 6 months.

Their campaign was very successful – more on that in a minute – and they accomplished it all following a very basic plan:

Additionally, Trilogy spent a great deal of time, money, and effort on ensuring high-quality ads (images, copy, CTA) and A/B testing those ads over time. They had multiple campaigns with multiple ads running concurrently, replicating the best and dumping the rest.

Like the other case studies, they also expanded into lookalike audiences after the campaigns had been running for a while to increase their reach and impressions.

The results? Over the half year, they spent nearly $17,500 on ads, gained 1429 new email subscribers, and 131 new inquiries. Not a bad return for six months.

You might not immediately think “mortgage broker” when you picture a business that should be advertising on Facebook, but ultimately, the demographics of Facebook users run the full spectrum. There are very few if any industries that won’t be able to find their ideal customer lurking somewhere on the platform.

Just do your homework. Prepare. And remember the Facebook Ad Golden Rules:

There’s a lot that goes into a high-converting ad. Do some research. See what’s working for others.

It’s not magic or luck. Successful Facebook campaigns are the result of meticulous planning, active involvement, and constant optimization. You can quickly throw a lot of money away and accomplish nothing if you take a “if I promote it, they will come” approach.

You have to earn your traffic. You have to work for it. Facebook Ads are affordable and effective, but they’re not a passive fix. You get what you put into them.

Can you afford to try it for yourself? Absolutely. Depending on your objective – impressions, clicks, app installs – the minimum daily budget can be as low as $1. Try it for a month or two.

Can you afford to ignore it? Absolutely not. And even if you could, you shouldn’t. It’s just too effective and impressive at the moment. So get in there.

Social media is hot right now. And Facebook – despite its relative age as the senior platform – is still scalding. You wouldn’t turn down the chance to advertise to the most populous country, would you? Facebook is that “country.” Go after it.

Have you tried your hand at Facebook Ads yet? What insight can you provide for those on the outside looking in? Leave your comments below:

Great example Sujan that you have shared.

Among three, I have got much inspiration by Design pickle strategies that they have used to grow their business.