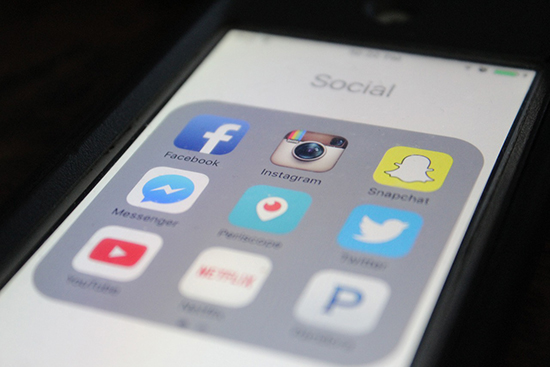 Can You Use Snapchat Successfully to Drive Mobile App Downloads?

As of February 2017, Snapchat boasts 158 million daily active users and 301 million active users,  all of whom release a total of 2.5 billion snaps per day. That’s huge – but it’s only the beginning.

In 2016, Snapchat pulled ahead of Twitter and Pinterest in terms of U.S. user-base growth for the first time – a gap that eMarketer principal analyst Cathy Boyle expects will continue to grow through 2020. In her opinion:

“What makes Snapchat different from other mobile messaging apps—and more-established social networks—is the short-lived nature of the messages, the highly visual interface and the features that enable users to get creative with the images they share, and tailor them to specific locations or events. The fun aspect of Snapchat should also be credited for its success. In a world in which there is an app for nearly everything, Snapchat has cut through the clutter by injecting fun back into social sharing.”

While all marketers should be paying attention to these stats, those advertising mobile apps should be even more excited. Given Snapchat’s exclusively mobile platform, each one of these active users – as well as the others the network is expected to add in the coming years – represents a possible new customer.

But despite its mobile advantages, is Snapchat set up to support mobile app download ads? The answer is a qualified yes.

Although Snapchat offers a mobile app-install ad option, it hasn’t yet been widely used – and it isn’t available for self-service users.

This is almost certain to change, given increased interest by mobile app developers in video-friendly options. Business Insider reports:

“Mobile app install advertisers have traditionally invested heavily in display and interstitial ads, but are moving to mobile video and native install formats. 86% of developers currently use in-feed video app-install ads, and video ads are seen as the most effective app-install format.”

On top of this, Snapchat’s overall advertising platform is experiencing tremendous growth. Rebecca Stewart of The Drum explains:

“This year, Snapchat is expected to generate $935.5m in worldwide ad revenue, a jump of 155.1% over last year, according to eMarketer.” 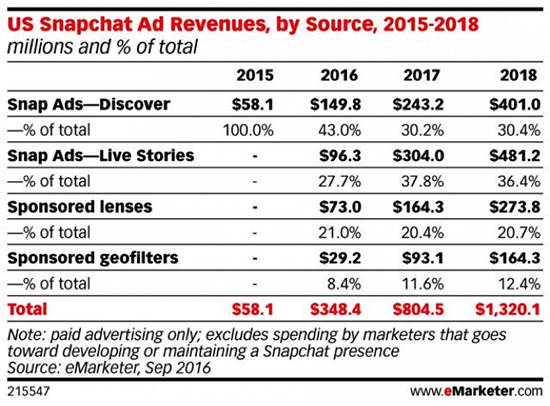 While it doesn’t come close to Facebook’s $33+ billion in advertising revenue, the platform’s growth suggests that promoters see it as an increasingly-viable option for reaching consumers.

To date, Snapchat has rolled out its advertising options slowly, in a piecemeal fashion designed to prevent too many ads from flooding users’ feeds.

So, as of now, most brands still can’t go out and place Snapchat Ads on their own. There’s no back-end purchasing and analytics platform, like you’ll find with Facebook and Twitter Ads. For now, if you’re interested in serving mobile app-install ads on Snapchat, you’ll have to partner with one of Snapchat’s Partners in three categories: ads, audience match, and creative.

“There has been a pent-up demand, specifically from trading desks and media agencies. They want to have more hands-on experience to really understand and do optimizations on their own. All the data points we were giving out on a managed service at launch are now surfaced for the direct advertiser and their agency. Of all the things platform advertisers are looking for, analytics and KPI analysis is certainly one of them.”

As of now, however, there’s no clear answer as to when self-serve mobile app-install ads will roll out on Snapchat’s network.

Currently, there are three types of ads that can be run on Snapchat: 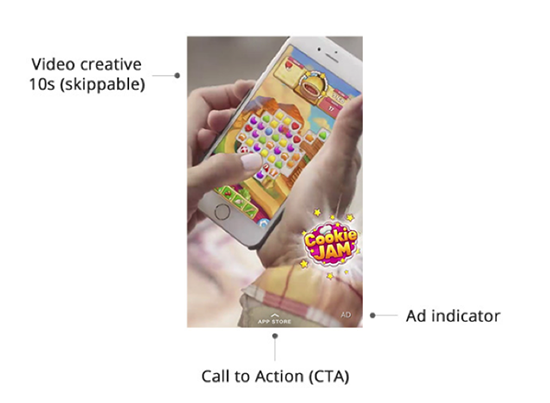 According to Snapchat, Snap Ads – the kind of ad you’ll likely be using for mobile app installs – feature the following attributes:

Snap Ads can include static video or the interactive element described above. The most commonly-used interactive elements involve giving users the option to swipe up to watch a longer video, read an article, access a mobile website, or install an app – all without leaving the Snapchat app.

Of course, you’ll pay for the privilege of introducing these elements. Interactive ads are, on average, twice as expensive as static ads. That said, Snapchat’s internal data indicates that the swipe-up rate for Snap Ads (not only app-install ads) is 5x higher than the average click-through rate on comparable platforms.

Currently, Snap Ads are viewable by users when they’re watching Live and Discover content, as well as within individual Stories. They can be triggered when users auto-advance or swipe to view the next user’s Stories. Given the somewhat intimate nature of these ad placements, Snapchat still reviews and approves ads for quality, thanks to founder Evan Spiegel’s desire to keep ads from being “creepy.”

Approval times for Snapchat ads can be long, but many expect that this review period will diminish when the company eventually transitions to fully self-serve advertising.

In fact, according to Yaghoubian, Snapchat’s retargeting option reduced Fullscreen’s cost per installation by 25%. Other types of behavior targeting could help mobile app producers to advertise on Snapchat to those who have engaged with the company’s ad or app in the past.

“Snapchat seems to allow A/B testing, which means that advertisers can test different ads and see which ones perform best. A great feature for mobile app campaigns.”

The list above shouldn’t be construed as final. Snapchat has clearly demonstrated its desire to roll out advertising program expansions in a methodical manner, so we’ll likely see greater features and functionality as the company’s advertising system grows and matures. 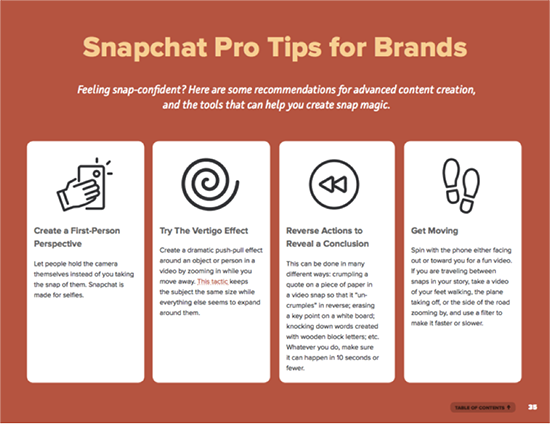 Beyond these tips, we’d offer the following:

That isn’t to say that there aren’t any case studies you can look to – just that they’re few and far between.

One mobile app-install ad example that exists is Acorns, a personal finance app that recently shifted some of its advertising money to Snapchat.

According to Garett Sloane of AdvertisingAge:

“When the micro-investing app Acorns looks for new customers, most of its marketing money winds up with Facebook, where it runs highly targeted download campaigns. Recently, however, it started spreading the ad dollars around and invested in Snapchat, where early tests show it could rival the social network in generating new customers.”

Manning Field, Acorn’s chief commercial officer, shared in the same article that, after testing app-install ads on Snapchat for about a month, it was finding 40% higher install rates than it saw with the company’s promotions on Facebook. Field shares: “We were looking to expand and ad products in Snapchat were becoming more mature.”

The Future of Snapchat Ads

Snapchat’s ads – interactive video Snap Ads included – may be on their way to maturity, but they aren’t there yet.

As the examples of Cookie Jam and Acorns prove, you can use Snapchat successfully to drive mobile app installs, but it isn’t as easy as it is on other platforms. For now, you’ll still need to work with one of the network’s partners, and because Snap Ads are still relatively uncharted territory, it can be tough to predict campaign success.

However, Snapchat is poised for continued growth. Advertising there may require jumping through some extra hoops at this point, but if Snapchat is a good fit for you and you start testing now, you’ll be ahead of the curve when the network does eventually open up to a broader pool of advertisers.

Are you using Snapchat to drive mobile app installs? If so, we want to hear from you. Leave us a note below or contact us directly to share your results:

Sujan, I couldn’t agree more that Snapchat has become the “Wild West” of digital promotions. You said it very well 🙂